If you were offered a 50%-off coupon or a 75%-off coupon while shopping, which would you choose? If you knew you had the option to breathe far cleaner air and improve your day-to-day cognitive skills rather drastically, would you say, “No, that’s okay”’ or “Where do I sign up?”

So, it’s like this: If your commercial building or home HVAC system does not incorporate—or in many cases solely rely on–an Energy Recovery Ventilator (ERV), it probably should. And if it already does? There’s better ERV technology out there to raise your indoor air quality and lower energy bills. 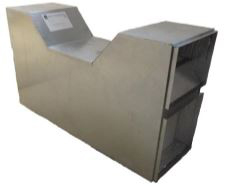 What is an ERV?

Energy Recovery Ventilators—or as BPE likes to call its extra-versatile units, Energy Recovery Modules (ERMs)—precondition fresh outdoor air to room temperature by using the energy contained in the stale air sent out of the space to do so. The goal is thermal comfort regardless of winter or summer—but without cranking up the heat or air conditioning and, as a result, your energy bills!

Example: Instead of pulling 40-degree cold air into space, a BPE ERM can preheat the cold air with warm 75-degree indoor air to raise the incoming fresh air to 55 degrees. (Click here to watch the concept in action.) This process is applicable in summer or winter conditions, so the situation can be reversed. To boot, we pair our units with high-performance external fans for improved operation.

Throughout the process, the undesirable particles, fumes, and unpleasant odors of stale air are replaced with fresh air. When processed by an optimal BPE ERV system, that exhausted air will be expelled cleanly via a superior method known as displacement, rather than merely dispersing clean air into stale air. (Read about BPE displacement for more information.) Not only does this sort of airflow lower the risk of sick building syndrome, absenteeism, and potential diseases related to poor IAQ, but studies show human cognition and productivity improves under the cleanest of indoor air conditions.

How do you measure the effectiveness of an ERV?

The superiority of an ERV system can be measured in terms of energy bill savings and the speed of the system’s Return on Investment (RO)I. You might also ask; how much CO2  is prevented from flowing into the atmosphere? Are family members or employees incurring fewer sick days? Is productivity up in the workplace? How can you know if a system will achieve your HVAC goals? Before you take a chance on an ERV unit, look into the hallmarks of a good system to optimize your desired results.

Go with the (Counter) Flow.
Again, ERVs use heat exchangers to draw heat from the exhaust airstream and use it to pre-heat the fresh air, but an exchanger’s flow path can vary by make and manufacturer. These paths include cross-flow, parallel flow, and counter flow designs. Most experts will tell you a counter-flow heat exchanger yields the highest efficiency simply because it minimizes the biggest culprit in reducing a unit’s efficiency: leakage or cross contamination between fresh and exhaust airstreams. In fact, ASHRAE (2000 ASHRAE Systems and Equipment Handbook, Chapter 44) states that one of the advantages of a plate exchanger is that, “It is a static device built so that little or no leakage occurs between airstreams.” 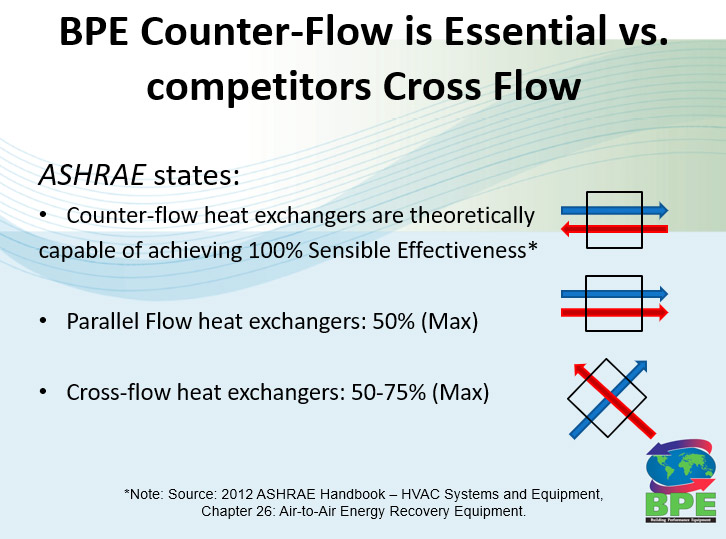 So will any air-to-air, counter-flow ERV do? Perhaps, if you merely want to achieve a higher level of average HVAC efficiency than you are used to. Then again, with BPE’s truly direct, fixed-plate counter-flow technology (the rest of the industry’s counter-flow units actually operate at an angle) you can achieve the better-than-average, superior levels of efficiency mentioned earlier. That’s because the BPE heat exchange core is a closed system that ensures fresh and exhaust air flows do not mix. In fact, given the right conditions, such an ERV could be your HVAC system.

Patented superior design in an ERV.

BPE has developed patents to take the simple concept of energy recovery to a higher level. Our heat exchangers are made economically using thermoplastic sheets interspersed with hollow tubes and spacers, with the sheet edges fused together to form an integral housing. The real difference, though, is in the length of our units.

Imagine an ERV with only two modules placed in tandem within the unit. See what you get? 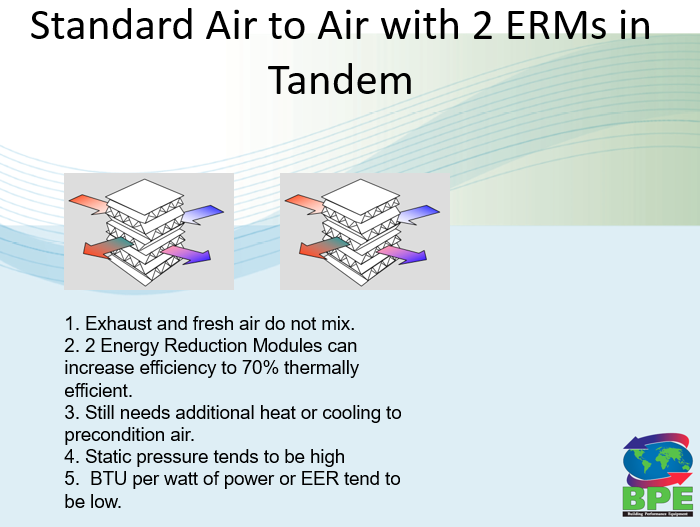 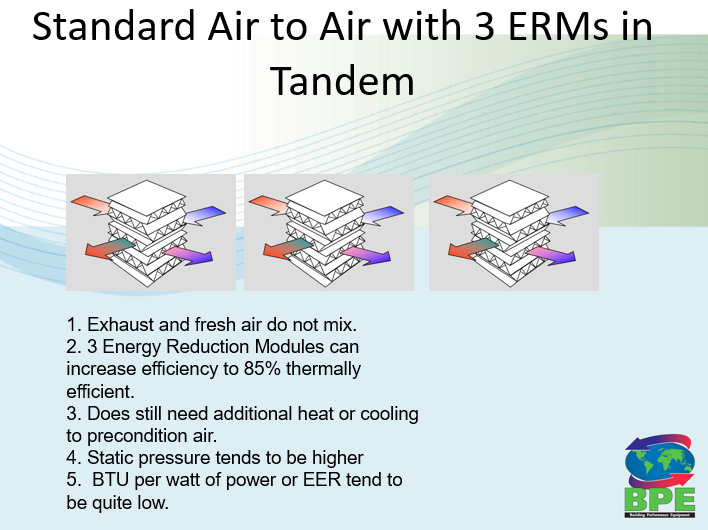 So, what if we use five modules and align all the exhaust tubes in one simple flow-through design?

Well, we see that size matters! 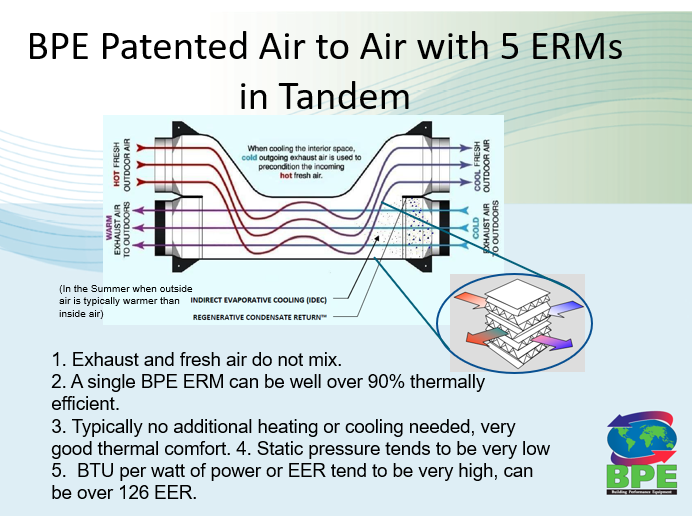 Thanks to a belief in the importance of modular designs, BPE takes the lead in offering a versatility that provides us with a wider range of clientele, from small residential homes to massive industrial buildings. With ERM units light enough for easy mounting and able to fit through a standard 36”-wide door, even a 20,000 CFM BPE system can be assembled in less than 4 hours. Modular design also offers BPE customers plenty of options during installation while adhering to all ventilation, structural, and spatial code requirements. Mount or hang them in any orientation in an indoor or outdoor setting with confidence; in 20 years of business, BPE has had zero failures for installing and operating our product within all types of buildings.

So … save a little or a lot on energy bills? Accept ‘okay’ Indoor Air Quality or insist on the best for your family or building occupants? At BPE, we know we have something special going on in sustainable, green, highly effective HVAC. Quite honestly, we can’t wait to share it with you. Contact us and we can discuss the unique needs of your space.