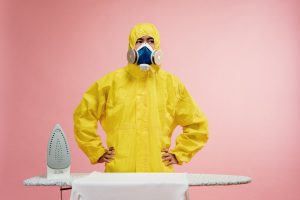 We’ve known for years that natural and man-made particulates no larger than ten micrometers can settle in lung tissue to cause discomfort, allergies, asthma, and disease. And if you haven’t heard by now that indoor air can be twice as polluted as outdoor air, you would have to live under a rock, true? Well, here’s something you might not have heard: A new study from the Paul Scherrer Institute (PSI) in Switzerland claims the harm caused by particulates may be worse—more prevalent–than we thought.

What we already knew about how particulates affect the body.

According to PSI, particulates “contain reactive oxygen species (ROS), also called oxygen radicals, which can damage the cells of the lungs. The more particles there are floating in the air, the higher the risk.”

Much of the particulate matter (PM) we breathe outdoors is beyond the average person’s control. But consider indoor sources of PM such as gassing furniture, garages, printing equipment, salons, factory environments, cleaning products, open windows, second-hand smoke, wood-burning stoves and fireplaces, candles, and incense. Exposure creates the potential for PM to drag ROS into lungs or create it there by dissolving in respiratory tract fluid.

Originally, researchers credited the presence of quinones (electron carriers that play a role in photosynthesis) with aiding ROS to form in air. Unfortunately, researchers at PSI have discovered PM can harbor more ROS sources than once thought.

How the news on PM in the body has worsened.

With the aid of the Swiss Light Source (SLS)–a third-generation synchrotron light source–PSI scientists were able to look deeper inside the smallest organic aerosol particles to examine their structure. Finding iron playing a role in photochemical processes set off an alarm since the element is far more common in natural sources like dust and in man-made emissions than quinones. Combined with organic compounds in the atmosphere, the resulting iron complexes bind to oxygen when exposed to sunlight, producing ROS. In other words, PSI now believes, “the highest concentrations of ROS and radicals form through the interaction of iron and organic compounds under everyday weather conditions.” In other words, we are likely exposed to more oxygen radicals than we thought.

Can we protect ourselves from Particulate Matter?

Obviously, PSI’s finding is not good news for our health. If you want to limit outdoor exposure, you’ll either have to wear a PM 2.5 filtering mask or pay attention to local air quality levels (http://www.airnow.gov) so you can stay inside on poor quality days.

But you may say, indoor air can be just as much an issue if not worse! The solution to that lies in this warning from the EPA: “Unless buildings are built with special mechanical means of ventilation, those designed and constructed to minimize the amount of outdoor air that can “leak” in and out may have higher indoor pollutant levels.”

Balanced. Mechanical. Ventilation. We can’t say it enough. And now? There is more reason to advocate for using filtered outdoor air to displace stale, possibly particulate-laden indoor air. Let’s be honest: The inconvenience of reducing outdoor PM exposure isn’t all that realistic for many of us. But clearing the danger in the places where we sleep, work, and often spend the most time? That is entirely doable!

High-performance energy recovery HVAC is a win-win-win strategy for feeling better about the air you breathe. Apart from ridding your environment of allergy- and disease-provoking particulate matter, the right system can keep indoor temperatures comfy and lower your energy bills.

Check out our line or give us a call. Helping people find sustainable HVAC solutions to their unique IAQ issues is our passion!