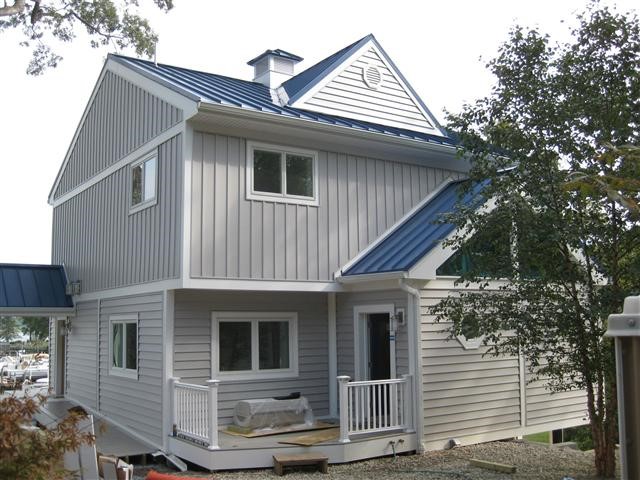 Client: Bardwell House, a home stricken with a high dew point and mold in Annapolis, MD

Challenge: This home’s basement suffered from the typical issues associated with combining a tight building envelope with high summer humidity anda cool basement. The resulting high dewpoint produced an unhealthy, damp and moldy environment. Typical solutions include increased dehumidification, but then over-cooling and excess energy use can become an undesirable added extra. The challenge here was to make this home’s basement dry, mold-free, allergen-free, radon-free, and usable while lowering energy costs significantly.

Solution: The answer was a Geo-Thermal system using so-called basement energy. The project was the collaborative effort of a builder (Skip Bennett), a scientist (Klas Haglid), and an architect (James Wright). It involved using the earth to provide cooling and heating. A geo cavity was central to this process and was formed by utilizing a basement slab and foundation walls to enable geo-thermal energy transfer and storage. 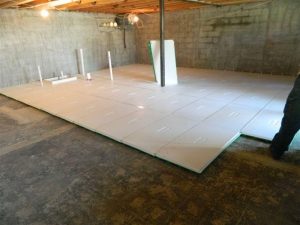 Klas Haglid, who did the technical engineering for the project, says, “There is a balance between excellence in building envelopes and HVAC optimization, and we do this with computer algorithms.” The computer modeling energy data for the basement energy system shows that the basement geo -cavity of the Bardwell House yields amazing performance by using geothermal pre-tempering of outside air or cooling the internal air with the thermal mass in the floor and walls of the basement. In fact, the special under-the-floor ventilation system can, for a period of time, provide up to 1.52 tons of geothermal mass cooling. Typically, the HVAC system for a house this size would normally weigh five tons. However, with the high-efficiency building envelope, basement geo-cavity thermal preconditioning, and Klas’s energy recovery unit (a heat exchanger or energy recovery device that preconditions outdoor air with exhaust air), the HVAC system can be replaced with a unit under a single ton or with a ¼-ton dedicated dehumidifier system that will not have to run very often. In addition, using one of Klas’s patented, direct counter-flow energy recovery units (ERVs) to amplify the dehumidification by another 80% delivers dehumidification reduction in the realm of one dollar spent to three dollars saved.

Not only does the geo-thermal system save money on utility bills, there is also a pending 30% federal energy tax credit approval for all associated costs. Better still, when a Basement Energy System is placed in series with a Passive House energy recovery ventilation system, it requires no additional power to operate. Passive houses consume 90% less energy than typical homes. With this Geo-Solar hybrid home as a system concept, we predict performance to be close to 95% annual energy reduction. In fact, the combined system is approaching Net Zero–where a building puts more energy into the grid than it takes out. After all, powering a Net Zero home can be accomplished via a small photovoltaic array of 5kW or less.