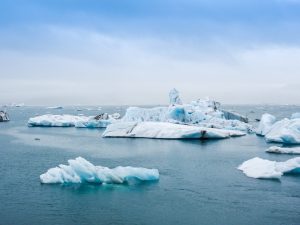 The United Nations’ COP26 has begun in Glasgow where two hundred countries were invited to present their plans to cut emissions by 2030. With an end date of November 12th, there is much left to consider. Still, people from the highest levels of government down to the average Joe or Josephine have differing opinions on the initiative’s purpose, its progress, and how effective the conversation will be toward keeping the global temperature increase below 2°C—preferably 1.5°C.

Will COP26 accomplish anything?

Sure, getting the world to tackle the climate crisis together ought to be a no-brainer. Who wants to live in a world with more catastrophic weather than we’ve already seen and far greater death in areas with the potential to become inhospitable to life? Let’s be honest, though: Pledges are only the beginning. Without definitive action, talk is cheap. Here are some highlights from COP26—pro and con—as of this writing:

We need to electrify everything—fast.

It seems ‘follow-through’ is among the largest hurdles the planet faces in committing to a life-sustaining planet. Some experts say we’re already too late. Others like engineer and inventor Saul Griffith, PhD, are more optimistic. The author of Electrify: An Optimist’s Playbook for our Clean Energy Future (MIT Press, October 2021), Griffith believes we can beat climate change if we, “electrify everything, fast.”

In an article for Time, (Griffith, Saul. “We Can Beat Climate Change If We Do One Thing Fast.” Time, 4 November 2021. https://time.com/6113719/optimistic-fighting-climate-change) Griffith explains we not only need to electrify our energy sources on the supply side, but “We’ve got to electrify everything on the demand-side—the things we use in our households and small businesses every day, including cars, furnaces, stoves, water heaters, and dryers.” How to accomplish such a feat when just half of the heating systems installed in the U.S. and 2% of vehicle sales are electric? Griffith believes, “We need a massive, World War Two Arsenal-of-Democracy-style mobilization to get these clean machines manufactured, into our homes and onto our roads. We need a similar effort on the supply side with wind turbines, solar farms, hydroelectric, geothermal and nuclear facilities to make the extra electricity.”

At BPE, we also favor optimism, and we see ourselves as instrumental in that arsenal Griffith mentions. As COP26 continues, we’re certain the task at hand requires average people to take up the yoke and lead by example. In the United States, the residential and commercial building sector is responsible for 40 percent of the country’s energy use between heating, cooling, lighting, and appliances. Much of our lives are spent contributing to that percentage. So, perhaps it’s up to individuals to turn the tide.

We’d like to think of BPE high-performance innovation as an easy assist for those looking to heat and cool the places they live, work, and play using just electricity—and very little of it. Our energy recovery ventilators (ERVs) are the heart of responsible, healthy, and energy bill slashing heating and cooling systems. Just one of our BPE-XE-MIR-2000 ERVs takes two to three car years off the road. Our sister company, Haglid EngineeringTM, takes approximately 798,000 car years off the road annually and one of the tools they use when designing sustainable building solutions is the BPE product line.

Like you, we want a better future for our kids. Our HVAC innovations offer the average Joe or Josephine the opportunity to be part of the solution because talk is cheap. Our products on the other hand? The galvanized steel construction, absence of moving parts, and lack of cross contamination due to non-corrosive monolithic polymer construction make them the height of quality. Add up to 90% thermal effectiveness, 34% latent effectiveness, and an Energy Efficiency Rating (EER) between 36 and 160 (10 EER is typical of the industry) and you’re on your way to…

Want to get yourself, your company, or a friend onboard? We’re happy to help.